This was a nice end to a story of being in the right place at the right time – when the call for exhibitors came out via the GNSI listserv, I had just completed the illustration, based on a specimen found on my sister & brother-in-law’s property in Wellington County. I painted the image in watercolour/ink mixed media on paper, in summer 2011. The composition was completed by referring to a collection of other bracket fungi as well as self-collected references of wild plants and tree textures. 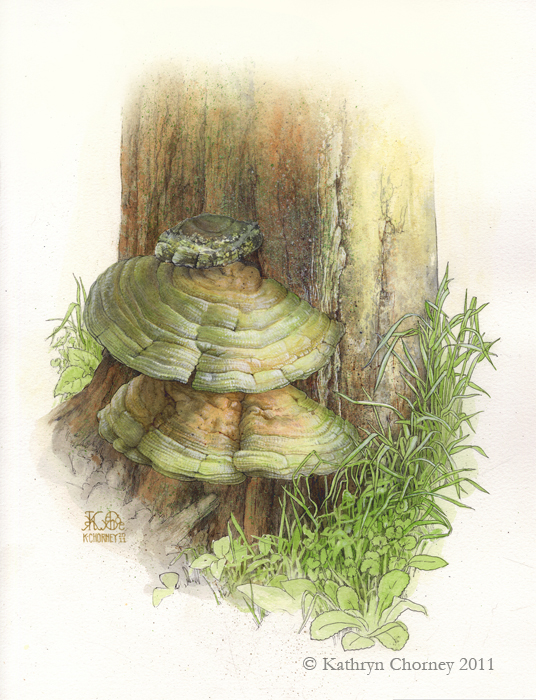