Message from Webmaster Glendon: In this series of interviews I’ll be doing with our SONSI members, I hope we’ll learn more about what drives each of us in our new, diverse, organization.  A great place to read about an illustrator you’d like to commission, or who inspires you.  Anyone can post a question or comment, and please do!  We love the feedback. 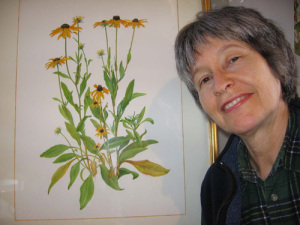 Celia Godkin with a watercolour + pencil crayon image of Rudbekia

Hello. My name is Celia Godkin. I grew up in England and Brazil and came to Canada after completing an undergraduate degree in biology. I lived mostly in Toronto, until 2005, when I moved to Eastern Ontario.

In 1976, I was working at the Reptile Breeding Foundation and spending far too much time cleaning out dirty animal cages. I decided it was time for a career change, so I enrolled at the Ontario College of Art and later at the University of Toronto, putting myself through school with a summer job as a fisheries biologist.

I completed my studies in 1983 and have been working since then as a scientific illustrator and an author and illustrator of children’s natural science books. I also taught studio arts and scientific illustration for many years, including at the University of Toronto, where I was Associate Professor in Biomedical Communications.

Do you consider yourself a fine artist, or a science illustrator?

I wear many hats, and I have several business cards to reflect this. One says Author/Illustrator and one says Botanical Artist. More recently, I’ve started doing pet portraits for fun and I have a business card that reflects this line of work too.

Collect them all!
As illustrators’ many of us are blown where the wind takes us, so to speak, in taking on jobs.  Do you have a favourite subject?

At one time I would have said that animals of any kind were my favourite subject, both inside and out. That was before I started teaching botanical art. Those classes took on a life of their own and contributed in large measure to the founding of the Botanical Artists of Canada, an organization in which I remain actively involved. Now I like illustrating plants as well as animals.

Do you have a favourite medium to work with?

I like variety both in subject material and in media. I’ve published illustrations in pen and ink, scratchboard, graphite pencil, colour pencil, watercolour, oils and mixed media. I always work in traditional media, but will sometimes correct or manipulate images digitally.

Tell us about the image that’s made the most impact. 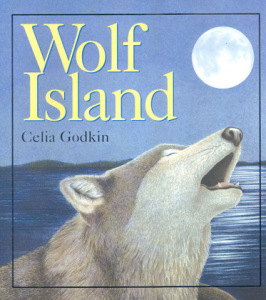 If I have to pick a single image, the one I’m best known for, at least locally, because it made the front page of the newspaper, was the Purple Saxifrage design I did for a gold coin issued in 2007 by the Royal Canadian Mint.

What has made the most difference in my career, however, was not a single image, but my first children’s book, Wolf Island, which won the 1990 Children’s Book Roundtables of Canada Information Book Award, and for which I am best known.

That’s not the only coin you’ve done for the Canadian mint, either!

Why or how did you get into this field?  What do you hope to do with your work?

I got into the field of scientific illustration by design and into children’s literature by accident. My first big job as a scientific illustrator was to prepare the signage for the Winnipeg zoo. This led to a collaboration between myself and the zoo director on a book on endangered species, which he wrote and I illustrated.

Many years before this, I’d written some children’s stories at the request of a friend who was an established illustrator. He prepared some illustrations, but we weren’t able to find a publisher, so the manuscripts languished in a drawer. After my success with Endangered Species: Canada’s Disappearing Wildlife, I illustrated one of those stories and showed it to my publisher. The success of Wolf Island (now in a 2nd edition) effectively launched my career as an author and illustrator of children’s natural science books.

I entered the field of children’s literature by accident, but I soon came to realize that, if you wish to influence the way people think, there is no better audience than the child, because unlike adults, children have open minds. I’ve always wanted to help solve the environmental issues of our day and my work in children’s literature has given me a way to do this.

In the 20 years since Wolf Island was published, the environment has become part of the school curriculum. As a direct result of increasing public awareness, this is now a major issue on the political agenda and it’s my hope that the children who grew up reading environmental books like mine will be part of the generation that helps to turn things around. 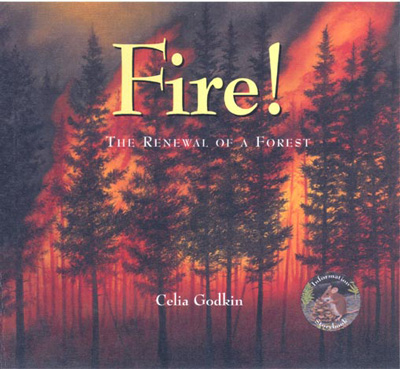 Fire! The Renewal of a Forest, by Celia Godkin

The importance of children understanding the environment cannot be overstated.

Where can interested art fans and institutions find you online?

At these group websites:

I’m working on a personal website and hope to have it mounted later this year. 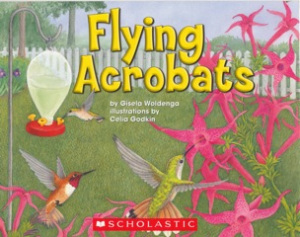 We’ll look forward to it – make sure to announce it here on the SONSI site!

As a child my favourite colour was red. Now I like variety.

Thank you very much for the interview Celia!  A pleasure.