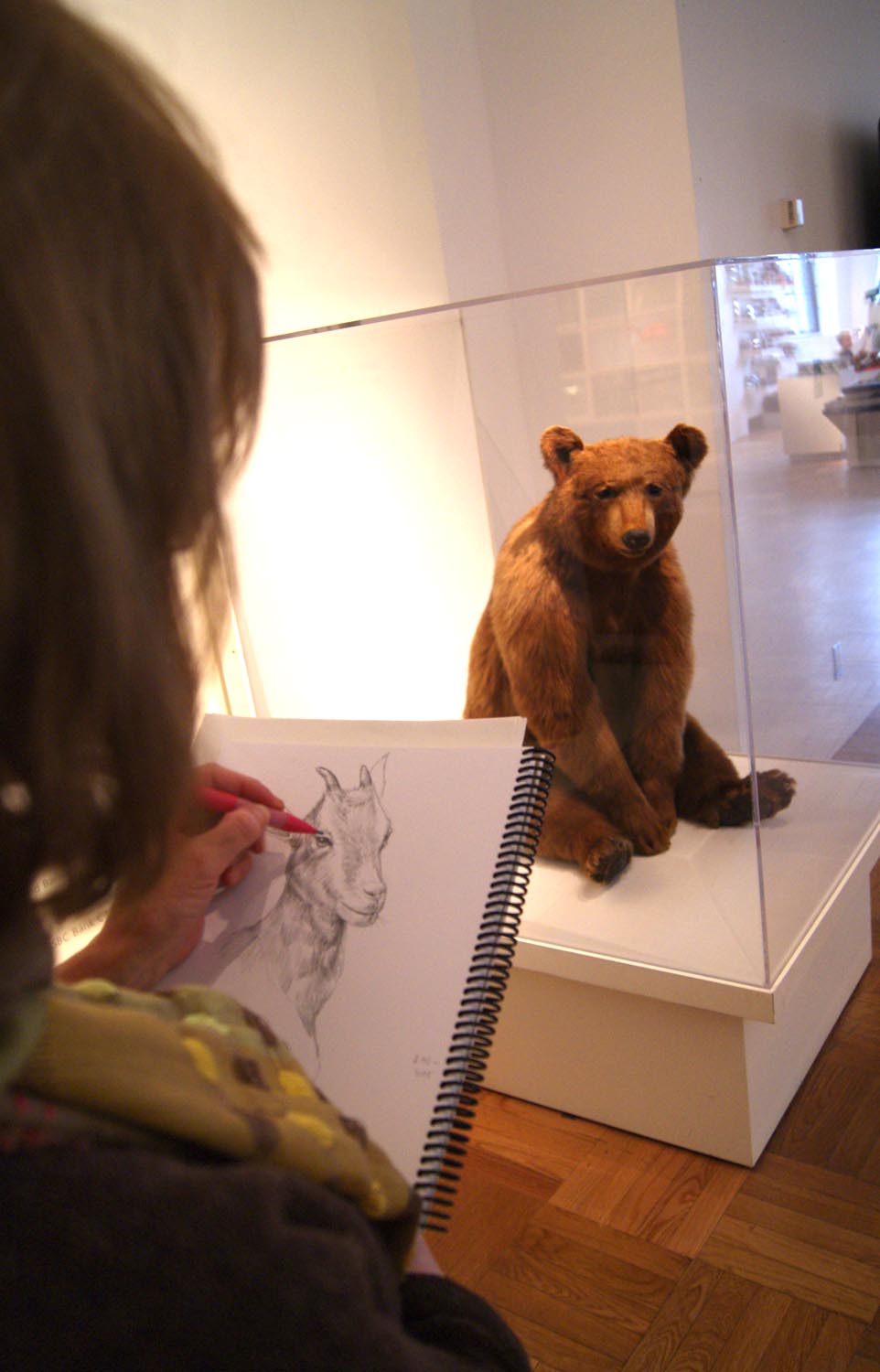 This past Sunday (November 20), amidst the festivities of the Toronto Santa Claus Parade, SONSI members made their second trip to the Royal Ontario Museum. This time, Marianne Collins, who has worked for the museum and has many of her models exhibited in the biodiversity gallery, was gracious enough to act as our guide.

After meeting in the austere and oddly vacant entrance – those who have visited similar museums might expect enormous artifacts or awe inspiring relics – your eye travels to the maze of different walls and the odd chair, the group moved swiftly on to the biodiversity gallery.  The first stop was at the “Collins Case” inside which there are some beautifully modeled examples of fish and reef specimens.  The specimens were chosen from what must have been the most breathtaking research trip to the Philippines.   Marianne treated the group by bringing a variety of examples of her work from various stages of the modeling process, all of which resulted in models that are still on display.  The explanations of how these models come to be are truly fascinating, as with all art forms, especially those that are so scientific and specialized, so much dedication needed to get that exact result. The final versions of these models are so lifelike that someone looking at them would barely even be able to consider, let alone appreciate, the skill and industry they take to create.

The Bat Cave and Woodland areas were the next of Marianne’s projects to be visited.  These areas show the habitat in which the various creatures can be found.  It is quite amazing to have heard about the thought and creativity that must go in to making something look so natural, from the “made in China” Maple leaves on the painstakingly modeled trees to the strobe lights and mirrors in the Bat Cave.

The rest of the afternoon was given to a little networking time (over the essential cafeteria food) and the even more essential sketching.  The biodiversity gallery might leave people feeling a little numb but there are plenty of excellent, well-posed specimens, which offer the perfect opportunity for studying and drawing.

Thank you so much to Marianne for such an impressive and illuminating day.