Inspired by the Toronto Zoo 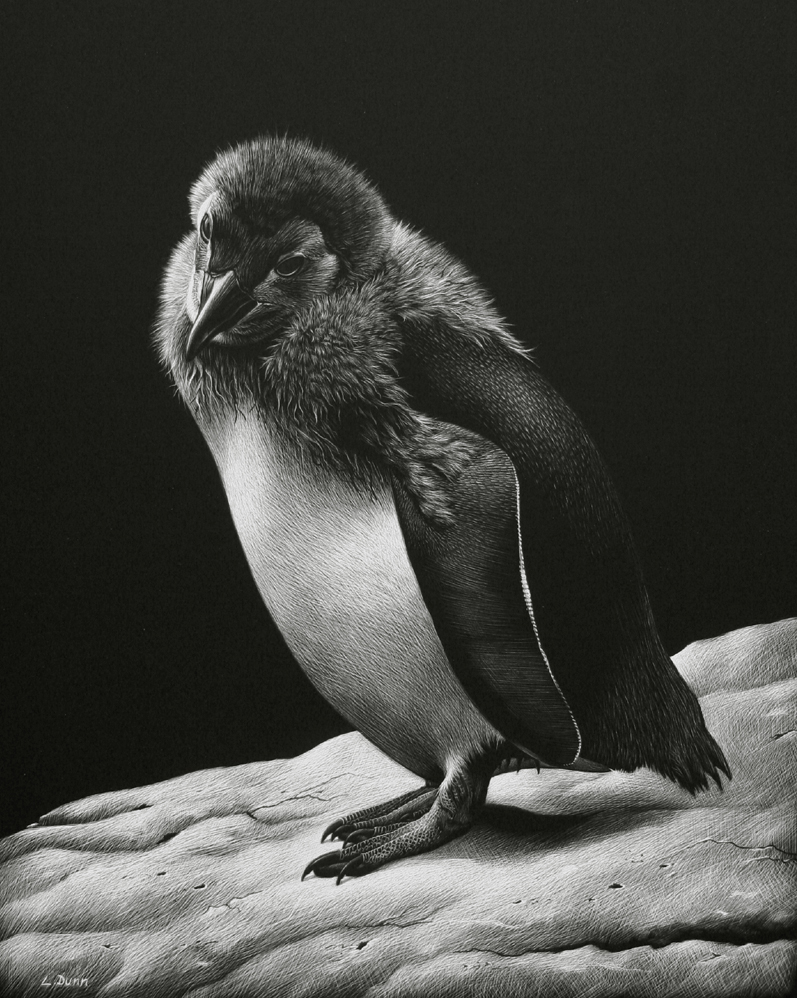 The young penguin depicted here is not standing on snow, but rather
a sun-bleached rock on the coast of South Africa. Contrary to popular
perception, there are no penguins very far north of the equator, and
only a few species occur where there is snow on the continent of
Antarctica.

The Black – footed penguin, (Spheniscus demersus ) is the only
penguin that breeds on Africa’s coast. Commercial fishing, climate
change, pollution and egg collection are factors that have contributed
to the decline of this species, but in the year 2000 a disastrous oil
spill took a huge toll on the population. These birds have since been
listed as endangered.

Recently, I had the privilege of viewing two juvenile Black-footed
penguins that were hatched at the Toronto Zoo as part of a special
breeding program. The youngsters were just starting to get their adult
plumage, still carrying soft baby down on the head and shoulders.

It’s no easy feat to breed penguins in captivity and hatchlings often
need to be hand raised if abandoned by the parents. Breeding
programs such as this are small steps towards hopefully one day
increasing colony numbers of this rare African bird in the wild. – Lori